A$AP Rocky teased that Rolling Loud in New York City’s Citi Field on Saturday night (September 24) would be “his last show until the album.” Turns out, Rocky’s fans will only have 30 minutes to tide them over. The Harlem-bred rapper expressed disappointment over his short set that saw him bring out Glorilla and French Montana.

“I am so hurt right now!” Rocky wrote in a note posted to Twitter on Sunday afternoon (September 25). “Last night was supposed to be a turning point in my live shows from the old to new! I will take full responsibility for the circumstances of what led to last nights show being everything it was and everything it wasn’t.”

The 33-year-old continued: “I also want to acknowledge that even tho I prepared the best show for my fans, detail for detail , over the course of MONTHS… I was unfortunately not able to bring my vision to fruition and Im hurt about that and I want to apologize to all of my fans and continued supporters, and thank y’all for showing up for me regardless!! A$AP4EVA.”

According to TMZ, Rocky was supposed to begin his set at 8:55 p.m. local time “but didn’t go on until a good 45 minutes later,” and the set was cut short by Rolling Loud organizers “because of a noise ordinance.”

Rocky took the stage with “Grim Freestyle” followed by “Lord Pretty Flacko Jodye 2.” Midway through, he performed “Sights,” his new collaborative single with Playboi Carti, for the first time. Then, Glorilla joined for a rendition of her breakthrough hit “FNF (Let’s Go),” and Rocky closed out the abbreviated set alongside French Montana for “Mopstick.”

Throughout, Rocky spent time between songs calling for fans to “open that b*tch” for mosh pits, which resulted in the meme treatment. Tyler, the Creator went as far as switching his Instagram profile picture to the circulating photo of a struggling Rocky in the subpar pit.

Rocky didn’t have to endure the internet’s wrath for too long, though. Shortly after posting his apology, Rihanna confirmed she is the halftime performer for Super Bowl LVII on February 12, 2023. The couple welcomed their first child earlier this year.

Kanye West made a surprise appearance at Rolling Loud New York this weekend. Last night, Ye joined Playboi Carti during his Rolling Loud set, and the two performed their collaboration, “Off The Grid” from Ye’s Donda album.

Carti and Ye have collaborated and performed together several times. Ye executive produced Carti’s most recent album, Whole Lotta Red, and Carti joined Ye earlier this year for a performance at his Donda 2 album release party.

This past April. Carti spoke with XXL, where he spoke about the creative process behind Whole Lotta Red, and shared how Ye has been a good mentor for him in his career. Carti spoke highly of Ye and credited him, as well as ASAP Rocky for helping elevate his career.

Words can’t describe…that’s my big brother. That’s my friend. I talk to Kanye every day. He’s different and I’m different. I see myself in him a lot and I’m pretty sure he feels the same. I don’t really have too many friends and that’s really one of my friends. I love him. I love ASAP Rocky. What them two guys did for me is… I love them and I appreciate everything.

Check out the performance above.

ASAP Rocky has been out of the spotlight for a while as he adjusts to being a new father, but it looks like he might be preparing to make his return. Earlier today, he posted a new song snippet on Instagram featuring none other than fellow festival favorite — and fellow hip-hop dad — Playboi Carti. In a video accompanying the snippet, Rocky captures the chaos of their live shows, where fans have formed massive mosh pits at the behest of the two rambunctious, rebellious rappers.

Although Rocky hasn’t released much new music lately, he remains a Rolling Loud fixture; he’s set to headline the upcoming New York City edition alongside Future and Nicki Minaj. However, due to his late arrival at a festival in Manchester, he had to perform to a smaller crowd than usual after fans who showed up for headliners Red Hot Chili Peppers left the stage. In terms of music, he was recently featured on Black Thought and Danger Mouse’s new album Cheat Codes, rapping alongside Run The Jewels on “Strangers.”

Carti, meanwhile, also performed in the UK, where he fell off the stage but was unharmed. He also had trouble at a recent show when his Smoker’s Club Fest set was cut short by fans rushing the barricades.These two guys definitely know how to get a crowd riled up — and you can see the results in the video above. 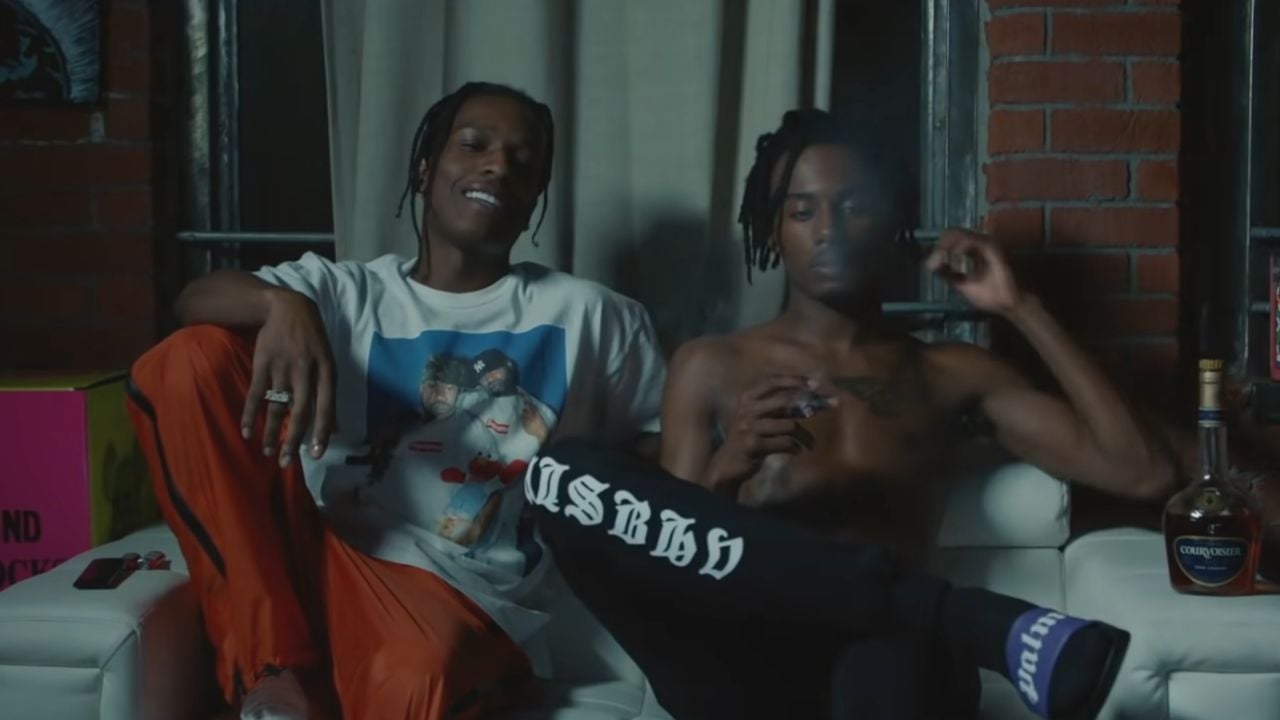 Both icons in their own right, A$AP Rocky took to Instagram today and posted a full-length music video and song featuring Playboi Carti. Christmas came early for fans of both artists today as Rocky posted a generous 3-minute preview of a song with Carti, with a Destiny’s Child feature. Rocky posted the song and video, […] 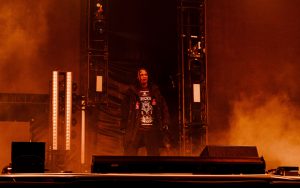 Rolling Loud has added Playboi Carti to the already impressive lineup of Rolling Loud New York 2022. Carti will join headliners Nicki Minaj, A$AP Rocky, and Future in New York. Rolling Loud New York, the third iteration of the festival to visit the home of hip-hop, will take place at Citi Field in Queens from September 23–25.

Also set for the New York date are Lil Baby, Lil Uzi Vert, 21 Savage, and Moneybagg Yo. New York will be represented by A Boogie Wit Da Hoodie, Lil Tecca, and Fivio Foreign. Legends like Pusha T, Busta Rhymes, and Fat Joe are on the bill. While the ladies of BIA, DreamDoll, Kali, and Lakeyah will also perform.

Rolling Loud, the world’s largest rap festival, has had a successful year thus far, highlighted by Rolling Loud Miami in July, which attracted hundreds of the genre’s top stars to Hard Rock Stadium along with headliners Kid Cudi, Future, and Kendrick Lamar. This year, Rolling Loud has expanded internationally outside Miami. Rolling Loud presents the inaugural Rolling Loud Toronto in September, including a diverse group of A-list performers from around the world, including the headliner acts Future, WizKid, and Dave. This summer, Rolling Loud had its first two European festivals in Portugal and the Netherlands, and it has ambitions to expand to Thailand the following year.

You can see the updated lineup below.

In an ideal world, people will always receive credit for the things they do especially when someone else benefits. Unfortunately, the music industry is anything but an ideal world. Though there are proper platforms for songwriters, engineers, and other contributors to be given their acknowledgment, that process is often bypassed. Just this week, Kelis took issue with Beyoncé sampling her on Renaissance without reaching out to her, and now we see ASAP Bari has a similar issue with Playboi Carti.

Yesterday (July 29), Bari took to Instagram story to call out Carti for not crediting him or paying him for “Go2DaMoon” featuring Kanye West. Evidently, the ASAP Mob member played the song for Carti around the time Whole Lotta Red was being made.

“When you play Carti a Kanye song you had in ur phone produce by @wheezy,” Bari said over a clip of Carti listening to the song. “Even tho Carti never paid me or gave me Credit on the album but that go’s to a lot of rapper I’ve helped out but never got Credit for.”

Though this is yet another unfortunate situation commonplace to the music industry, Bari is still in good spirits as Kanye West recently gifted him a brand new Maybach truck days after he wrecked his previous vehicle.