In just a few days, Black Thought & Danger Mouse’s collaborative album Cheat Codes comes out, and they couldn’t resist giving fans just one more preview of what’s to come. After dropping videos for “No Gold Teeth,” “Because” with Joey Badass and Russ, and “Aquamarine,” the rapper-producer duo has unleashed one final posse cut on the world featuring the truly jaw-dropping lineup of Tariq, ASAP Rocky, and Run The Jewels. It’s called “Strangers,” and you can check it out above.

Featuring a signature Danger Mouse beat with a murky, breakbeat-laden soul loop, “Strangers” finds the four MCs spitting multisyllabic verses with no hook, simply beating listeners over the head with bars until there’s nothing left to do but shrug and say, “Those boys are RAPPIN’ rappin’.” Let the debate about who’s got the best verse begin.

In addition to the aforementioned names, Cheat Codes will also feature rap titans such as Conway The Machine, Raekwon The Chef, and the late, great MF DOOM, with whom Danger Mouse rose to prominence in the early 2000s with the Adult Swim-backed collab project The Mouse And The Mask as Danger Doom. The album is dropping on Friday, 8/12 via BMG. 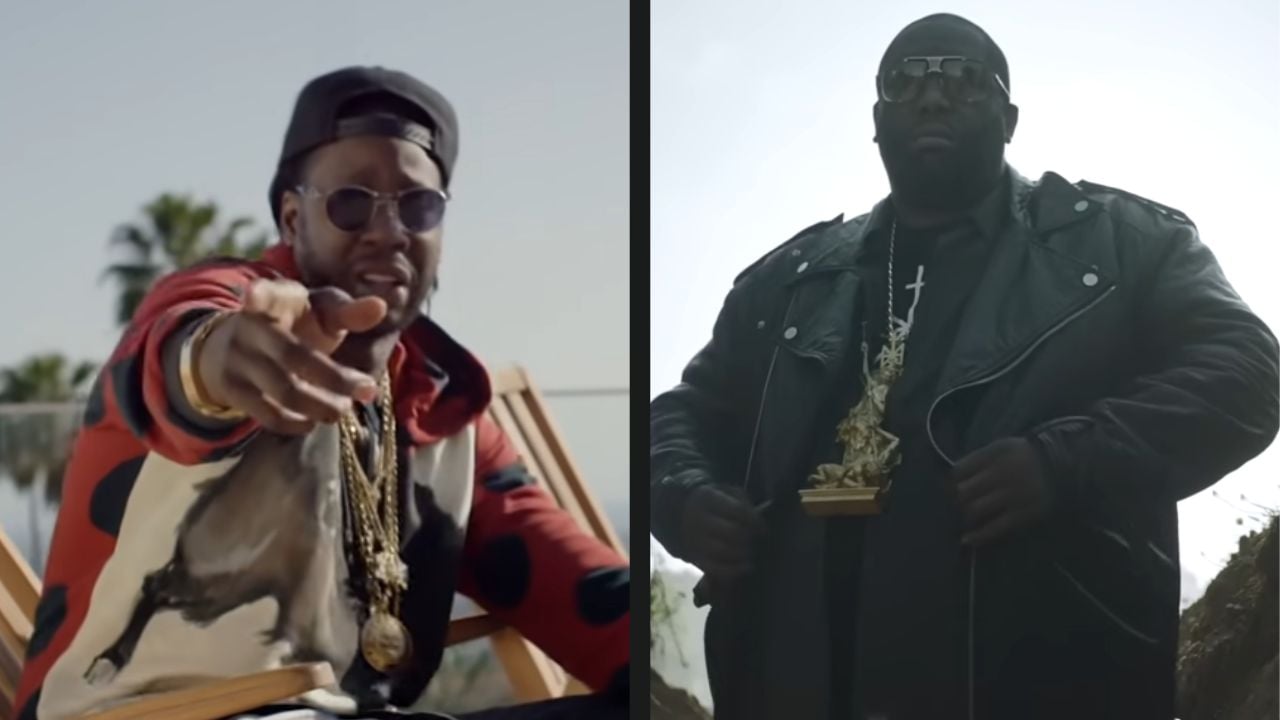 You don’t often think of local politics when you think of rappers but in Atlanta, it seems there’s a growing political class consisting almost entirely of hip-hop artists who like to get involved by popping up at city council meetings and the like. During one such meeting on Monday this week (August 1), 2 Chainz and Killer Mike spoke out against a controversial new ordinance that they believe could have potentially crippling effects on small businesses in the area — including their own (2 Chainz owns a pair of restaurants; Mike has a chain of barbershops, among other interests).

In May, Atlanta’s city council introduced an amendment to current nuisance ordinances that allows the city to close a business deemed a nuisance by a municipal court twice in 24 months. That’s a lot of leeway — especially when business owners are being held accountable for incidents that occur outside their businesses and outside of their control. The amendment is ostensibly aimed at reducing violent crime around the city but owners like 2 Chainz and Mike are concerned it could be used to target Black-owned nightlife establishments, which would eventually be overtaken by franchises, according to Rolling Stone.

As Killer Mike put it during the meeting, “As Atlanta grows, corporations are going to be coming into here. Somebody is gonna have a nightlife in the convention city.” He noted that this could result in a choice between “the owners of Hard Rock [Cafe] or the owners of Hooters or the owners of a W Hotel, or it’s gonna be the little people that went to Frederick Douglas [high school]… and Southwest DeKalb, and schools like that” — in other words, locals. “We will not be electing council people from here, we will not be growing businesses from here. Because it will all be turned over to corporations… Are we going to keep Atlanta a place where local people can grow and thrive here?”

2 Chainz also spoke up, saying, “I’m very blessed, and I also like to be a blessing to others, and that’s what my businesses have allowed me to do. They need to retract some of the things they have on the ordinance. And I think crime is up everywhere, not just in Atlanta.” He’s right; crime is up around the country. It’s also still down from pre-pandemic levels, although that could change because of record inflation, a rising wave of evictions (after protections were removed by the federal government), and other crime-prevention protections expiring or losing funding (in favor of raising police budgets which… don’t prevent crime).

Even Young Thug’s father, Jeffrey Williams Sr., spoke up on behalf of businesses in place of his son (who is currently incarcerated because he rapped about his label, which supposedly has the same name as a gang). “If a crime happens by city hall,” he asked, “Was it city hall that caused it? You’re trying to hold artists responsible for the crime that’s in the city. Now you’re trying to point the finger at the nightlife to be part of the crime in the city.”

RIGHT: “Do the right thing and send this back to committee.”

With another seven eight days in the books, we’re back catching you…
The Run The Jewels member’s first solo release in roughly 10 years. On the 246th July 4th of our nation, Killer Mike sure knows how to make a statement. Last night at midnight, Mike dropped the music video for “Run,” his first solo track in over a decade since forming the Grammy-nominated rap duo Run the Jewels; alongside Brooklyn-based rapper and record producer EI-P. As mentioned, the […] 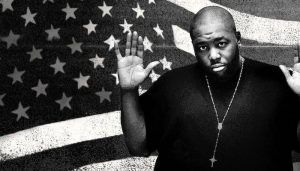 It’s been over a decade since Killer Mike released a solo track, but this weekend he came back in a big way, dropping the video for “Run,” a powerful track and video with a political message that featured an intro by Dave Chappelle with a guest verse by Young Thug.

The video, directed by Adrian Villagomez, centers around key American historical battles, but reframing them as key moments in black history and the fight for freedom. The video shows Killer Mike on historical battlefields, but as the leader a battalion of Black and allied people who are fighting enemies including Nazis, secessionists, and confederate soldiers. The intro by Dave Chappelle references his “Normandy” monologue.

In an interview with Rolling Stone, Killer Mike described the inspiration for the song and video as such: “If you’re looking at this video, certain things are gonna stand out: Obviously, there’s a war going on for people who want justice and righteousness, and there’s a war that’s symbolized by what you would notice is old Confederate uniforms and Nazi-like uniforms,” adding that he included the Chappelle monologue clip because he was “inspired by the monologue that Dave Chappelle did at the beginning — to be representative that there’s a fight, the spiritual fight, that is going on every single day with us.”

In addition to historical references, the video also calls for the release of Young Thug and Gunna during Young Thug’s verse. In the video, a soldier can be seen waving a white flag with “Free Thug, Protect Black Art, Free Gunna” written on it while another scene shows a soldier wearing a white arm band that says “Free YSL.” (YSL Records rappers Young Thug and Gunna are both currently in jail as part of a 56-count RICO case.)

Much of Killer Mike’s solo work has come outside of music over the last decade. He’s fought for better marijuana laws, protested for racial and social justice, released a documentary, and much more. In the music world, much of his work there has come alongside El-P through their Run The Jewels duo. Running strong since 2013, the duo has delivered four installments in their Run The Jewels series with the most recent effort coming in 2020. After going more than a decade without releasing a solo track, Killer Mike is back in action on the solo route and he brought a couple of friends along for the ride.

Marking his first solo release since his 2013 fifth album R.A.P. Music, Killer Mike calls on Young Thug and Dave Chappelle for “Run.” The track was intentionally released on today’s Independence Day holiday and he explained why during an interview with Apple Music. “I’m truly a patriot,” he said. “How could I as a Black American not be a Patriot?” Killer Mike’s new song, which features a sharp verse from Young Thug and stern commentary from Chappelle, arrives with a matching visual that follows a Black man on the battlefield in the middle of a war. It appears that he’s running away from something, but we soon see that the man is running towards the battle. He explained this aspect of the video during the Apple Music interview as well.

“He’s running toward destiny,” he said. “He’s running toward defeating evil, and he is empowered by his ancestors… Fannie Lou Hamer, Frederick Douglass, George Washington Carver, Sojourner Truth, Shirley Chisholm.” He added, “All these people, and their work and the energy they left as inspirations, that have bettered this country, not just bettered my community for black people.”

You can listen to “Run” in the video above.