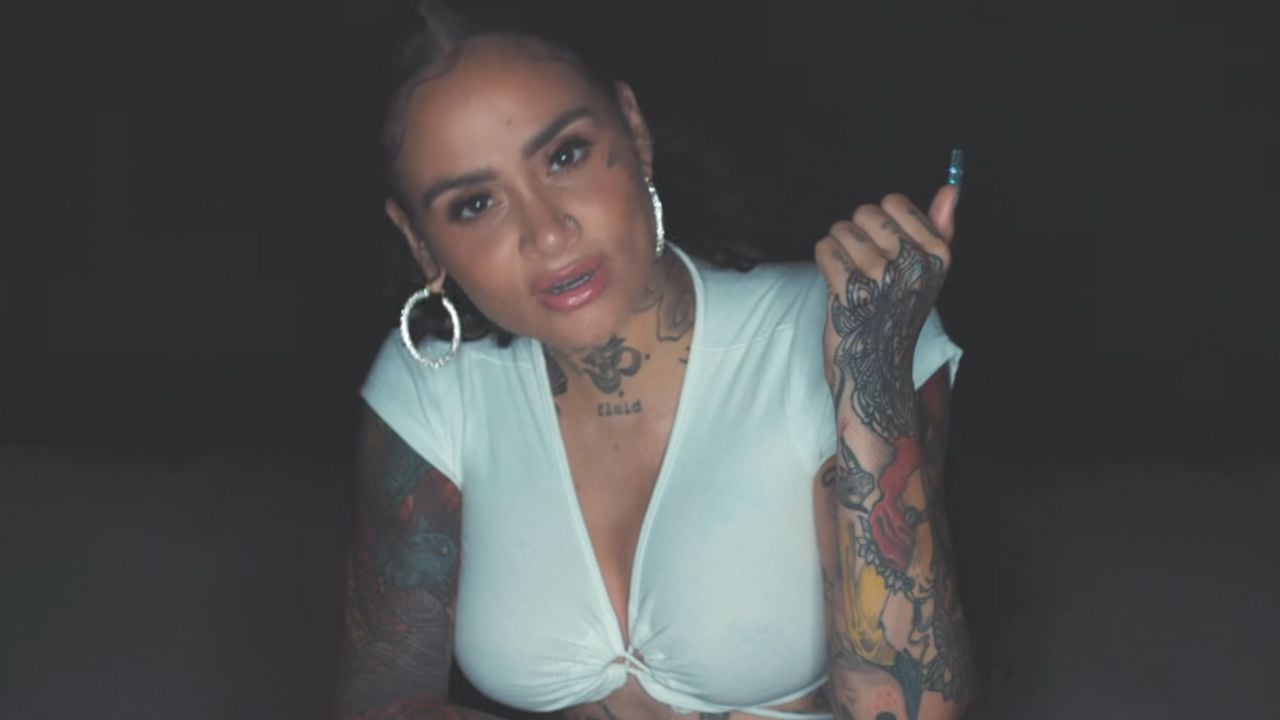 The Blue Water Road Trip tour with R&B singers Kehlani, Destin Conrad, and alternative rap artist Rico Nasty sent fans on an emotional rollercoaster. The Opener: Destin Conrad At the beginning of the night, R&B singer Destin Conrad opened the concert with songs from his latest EP, COLORWAY. The “Bills” singer engaged with the audience […]

The RX is Uproxx Music’s stamp of approval for the best albums, songs, and music stories throughout the year. Inclusion in this category is the highest distinction we can bestow and signals the most important music being released throughout the year. The RX is the music you need, right now.

We’re at the point where it’s both reductive and inadequate to call Rico Nasty just a rapper. And Rico’s new mixtape, Las Ruinas, is exhibit A in the argument that what the Maryland artist does is way too expansive, creative, and intriguing to be constrained to the labels it has been given so far. Some of those labels include punk-rap, emo-trap, scream-rap, and sugar trap – the last term Rico’s own, coined on one of her first mixtapes. Las Ruinas explodes those paradigms, throwing Paramore, Run-DMC, Lil Uzi Vert, and Nicki Minaj into a blender and letting it rip, creating something entirely different from any of its influences.

In the run-up to the release, Rico insinuated that the tape would show a softer side of the brash, ‘80s-inspired artist than her debut album, Nightmare Vacation. Insomuch as it accomplishes this mission, there’s still a lot of yelling – which is actually a good thing. When artists try to get confessional, they can sometimes lean too heavily into the emotion, making for a mawkish, melodramatic affair. Rather than getting bogged down by maudlin ballads, Las Ruinas opts to expand the sonic palette of its predecessor, which in turn allows Rico to try new things without really leaving her lane. It’s a neat trick.

Part of it is that Rico’s lane is really wide. She’s already established herself in the hyperpop lane, where plenty of these new tracks reside. The album opens with “Intrusive,” all warped-synths and overblown bass kicks, with Rico rasping her way through the uptempo track, occasionally embellished with spacey vocal effects. “Black Punk,” meanwhile, takes the tempo down a tick and adds some Korn-ish guitar – it’s not exactly punk, or nu-metal, but it’s clearly influenced by both. The flavor of Rico’s own secret sauce is what ties it all together and keeps any single element from dominating the mix.

The closest she comes to a recognizable, single genre effort is the emphatic “Blow Me,” which borrows the thumping drums of Memphis trap with a hypnotic instrumental loop from the Atlanta strain, then finds Rico splitting the difference between her “Own It” flow and the one from “Fashion Week” for a cavalier call-out to challengers. It’s an impressive show of her improvement since Nightmare Vacation, as she mocks, “Your bitch ain’t bad, she a eyesore / Truth hurts, baby, you should lie more.” It’s just one of a litany of guffaw-worthy rhymes on the album, and you can almost hear her snickering as she says them.

Rico even manages to put her own specific twist on a rising trend with “Jungle,” Rico’s remix of Fred Again..’s pulse-pounding house jam. Remember when I said Black people were coming back to reclaim dance music? Rico definitely got the memo. What’s truly awesome about the confidence and comfort she displays on this track is that she appears just as cozy on Nirvana-esque ballad “Easy,” the dreamy “Focus On Me,” and the album’s closer, “Chicken Nugget.”

The latter, an ode to her son Cameron, is a true triumph; in it, Rico opens up about how Cam opened up her own world. “Now I see why my mama yelled at me,” she reflects. “I can see how she was obsessed with me.” It’s exactly the sort of vulnerability peeking out of the thrash-rapper facade that strengthens her image as a badass. There’s real passion and heartache – the kind born of the implied and well-known struggles of motherhood, highlighted by the usual teenage angst – fueling her outbursts. At the same time, by pulling off the mask, even slightly, Rico makes herself more relatable, more endearing, and more human than many of her peers in the SoundCloud-bred, screamo-rap scene, whose “rage” has always struck me as at least a little bit manufactured.

The eclecticism displayed on Las Ruinas might leech some of its replay value or turn off listeners looking for a more consistent listening experience. It’s cohesive but chaotic, so throwing it on when you’re in one mood might mean you have to skip around to find the tracks that suit that mood. While it’s far from a road trip staple or a surefire party starter, there’s lots here to love – most of all, its star, who proudly made this album for herself, doing exactly what she wanted to do. Its real value might be in once again pushing open the boundaries for the next weird little kid who doesn’t want to stick to one thing but take up every available inch of whatever lane they drive in.

Las Ruinas is out now on Atlantic Records. Get it here. 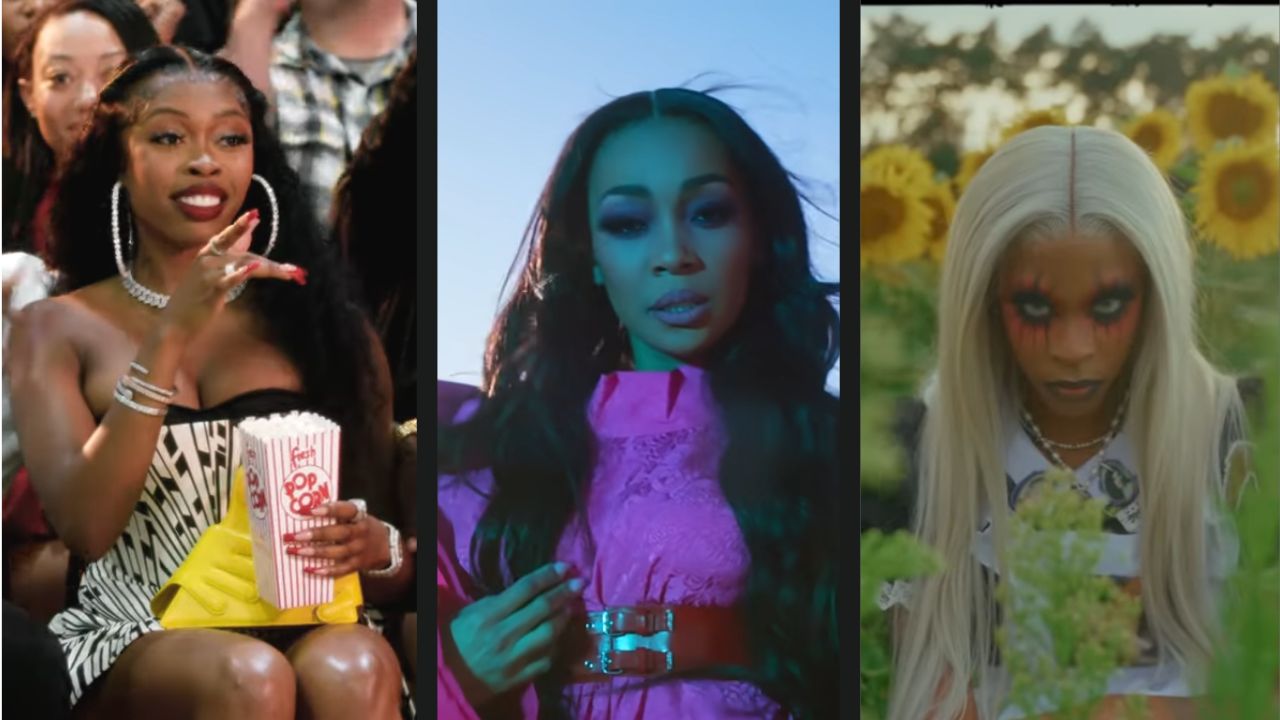 These ladies continue to step on necks and show no signs of letting up. Applying pressure to the music industry, and we’re here for it! Monica Makes A Comeback Monica is back with new music.  The R&B icon gives straight 90’s vibes for the slow jam track “Friends” featuring Ty Dolla $ign. Rico Nasty Releases […]

Rico Nasty is well-known for her brash energy and punk-influenced rasp of a voice, but she’s also equally well-known for her unique sense of style. Rico’s ‘fits run the gamut from thrashed-out baby doll outfits — like Clueless with a hardcore makeover — to catwalk-ready haute couture. In her new video for “Blow Me,” she showcases her style with a simple setup, strutting on a treadmill against a white background as she cycles seamlessly through a series of wild ensembles.

“Blow Me” is the latest single from Rico’s upcoming album Las Ruinas, which is due on July 22 through Atlantic Records. Although it’s the follow-up to her debut album Nightmare Vacation, it’s said to be much lighter in comparison. While that suggests a return to the airy “sugar trap” of her early mixtapes, it’s clear from previously released tracks like “Black Punk,” “Blow Me,” “Skullflower,” and “Vaderz” that “lighter” is relative when it comes to Rico Nasty. The project will also feature appearances from fellow genre benders Bktherula, Teezo Touchdown, and Marshmello, along with a remix of Fred Again’s “Jungle.”

Watch Rico Nasty’s “Blow Me” video above. Las Ruinas is due on 7/22 on Atlantic Records.

It’s been about a year and a half since Rico Nasty’s debut album, that being 2020’s Nightmare Vacation. That effort checked in with 16 songs and features from Don Toliver, Gucci Mane, Amine, Trippie Redd, Ppcocaine, Sukihana, and Rubi Rose. Over the last 18 months, Rico has shared music that are both connected and free from her upcoming body of work, and with just a few days until its release, Rico shares the official tracklist for it.

Las Ruinas, Rico’s upcoming second album, is set to arrive on July 22. The project will include 17 songs and it will be much lighter compared to Nightmare Vacation as its includes guest appearances from Bktherula, Teezo Touchdown, and Marshmello. Las Ruinas also includes the already released remix to Fred Again’s “Jungle,” “Skullflower,” “Black Punk,” “Intrusive,” and “Vaderz.”

You can view the full tracklist for Las Ruinas below. 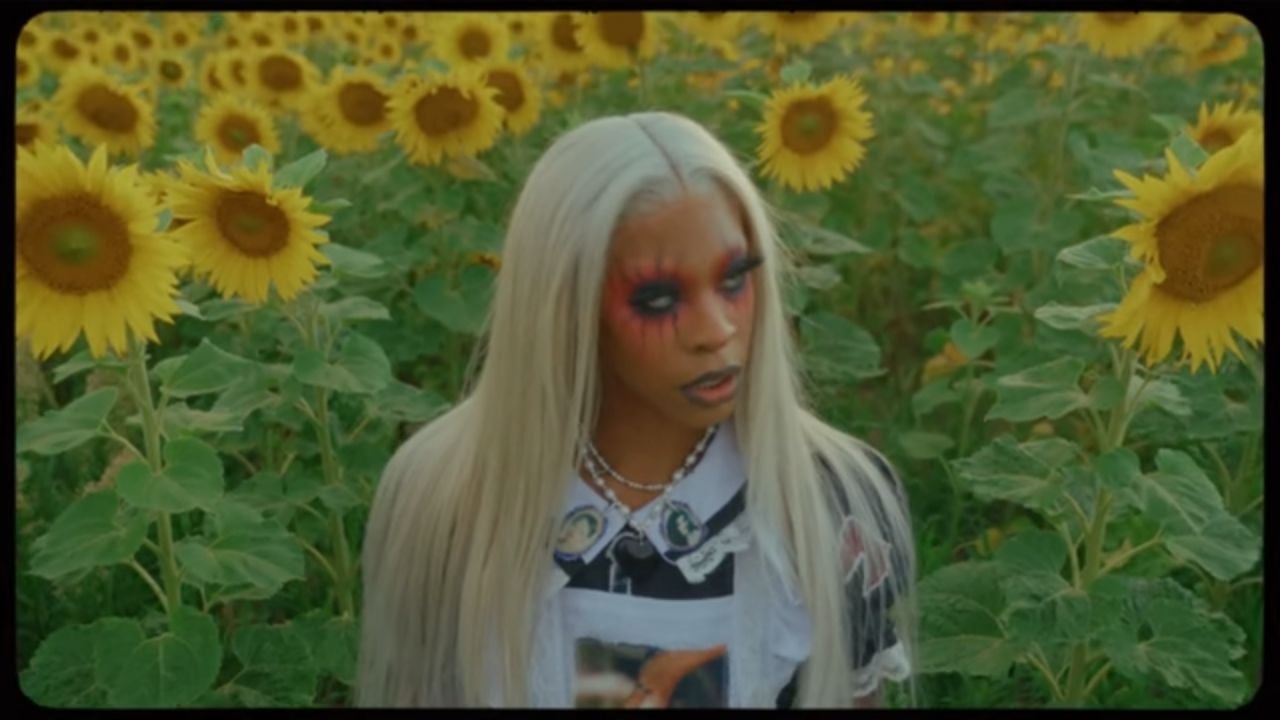 Rico Nasty says she’s been the ugly friend her whole life, and she’s over it. The “Vaderz” rapper took to Tik Tok to rant about an issue she’s faced all her life.  Rico Nasty is simply over being the ugly friend out of all her homegirls. Posted in a black hoodie, pink wig, and gray […]

The post Rico Nasty Reveals She’s Over Being The Ugly Friend appeared first on SOHH.com.