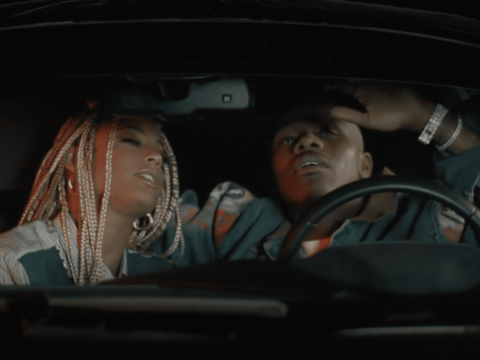 On Friday, Dani came through on the cinematic-looking clip. In the music video, she and collaborator DaBaby share a close-knit bond in some action-packed sequences together.

Heading into Friday, DaniLeigh premiered the must-hear single. She initially teased artwork and released the full record on all streaming services.

The bouncy record even motivated Dani to put out a challenge. The crooner jumped on Instagram to announce her “Levi High” movement to her 2.1 million followers.

“NEW SINGLE FT DaBaby OUT NOW! #LeviHighChallenge lemme see u keep that asss uppppp in some Levi’s ladies I wanna selfie video of u trying and flexing some !! Best ones getting reposted on my page LINK IN BIO . Tag who u wanna see do this challenge”

Recently, Leigh shared a dope moment hanging out with one of the rap game’s biggest goats. The curvy singer treated IG followers to a pic of herself hanging out alongside rap star Lil Wayne.