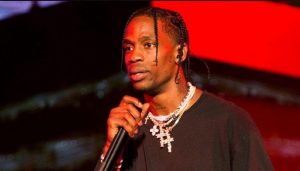 Travis Scott served up a highly stylized performance of “Mafia” and “Lost Forever” on an icy backdrop with fur clad dancers on the 2022 Billboard Music Awards Sunday night.

It was Scott’s first major television performance since his Astroworld Festival in Houston last year. Where a crowd surge overcame the audience that led to 10 fatalities.

Diddy, host and executive producer of this year’s Billboard Music Awards, recently shared that he felt strongly about having Travis Scott perform at the show.

“I made a request. I made a demand. I said ‘My brother Travis Scott has to perform. Diddy is hosting the show. I’m executive producing. He has to perform,’ and NBC said ‘yes.’ It’s going down. Sunday, Travis Scott will be performing. Let’s go! That’s love.”

He also shared a clip giving the “Goosebumps” rapper encouragement just hours before the event.