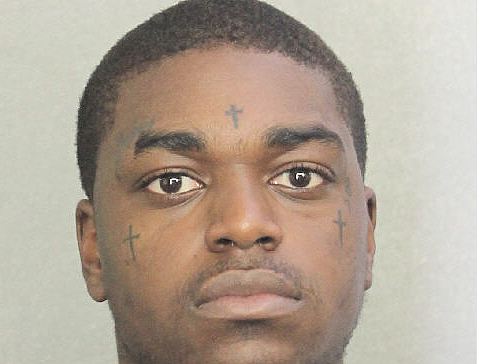 Kodak Black has taken an L. A few days ago Kodak Black attacked T.I., The Game & Gillie The Kid after they responded to his advances on Nipseyh Hussle’s widow, Lauren London. Last night Kodak Black went “missing”, according to the internet but later we learned that the Flordia native had been detained and arrested at the U.S. Border with Gun & Drugs charges. It had been confirmed that he was arrested with marijuana and with a 9 MM pistol on the Lewiston-Queenston Bridge at about 7:20.

According to The The Buffalo News, Kodak Black and his co-defendants were arraigned in Lewiston Town Court and remanded to the Niagara County Jail on $20,000 cash or $40,000 bond. They are scheduled to return to court next month, according to Police.

He has not yet posted bond, but expect him to to be released soon this week. You can see Kodak Black’s most recent mugshot below.