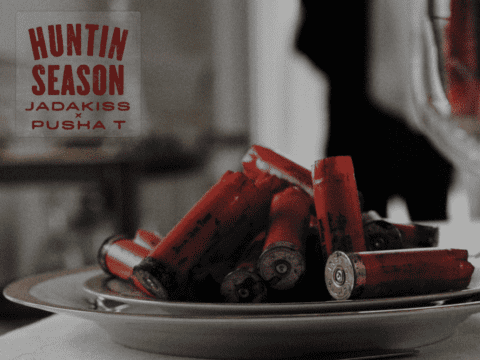 New York rapper Jadakiss and Pusha-T are in work mode. The hip-hop pair have come through with their unexpected and must-hear new “Huntin Season” record.

Big Facts: This week, Jada and Pusha’s artwork and record made waves online.

Rap fans are looking forward to Jadakiss’s new album Ignatius which is titled after “Icepick” Jackson, a Ruff Ryders producer/A&R and Jada’s close friend who passed away in 2017 from cancer. The album is set to be released on Feb. 28th but before that, Jada is letting a big song tonight, ‘Hunting Season’ featuring the one and only Pusha T. As the title would sound on paper, this track is full of grimey raps from both elite emcees. Some of the bars on Pusha’s verse may also sound like they are aimed at a certain rival of his. (Hip Hop N More)

Before You Go: Recently, Jada reflected on the life of late rap newcomer Pop Smoke.