The world is not enough for Lil Nas X, who on his latest album Montero alone, has tracks with Doja Cat, Megan Thee Stallion, Jack Harlow, and even Elton freakin’ John. Let’s not forget the countless versions of “Old Town Road” that have included BTS, Billy Ray Cyrus, Young Thug, and Diplo. So you gotta give it up for his insatiable thirst to continue to collaborate with other like-minded pop stars and we’re pretty sure they’d jump at the opportunity to work with him too.

In what might constitute this week’s most exciting 15 seconds, a recent TikTok post from Lil Nas X laid out images of what a robotic voice introduced as “Artists who I want to make a song with.” The post flashed photos of Willow, Playboi Carti, SZA, Azealia Banks, Kid Cudi, The Kid LAROI, Rema, Ariana Grande, Lady Gaga, Tyler, The Creator, and Cardi B (“again”.)

which song do u guys think would be best?!? pic.twitter.com/vR0UB6V74V

The post comes after the early September hoopla regarding how Lil Nas X had no Black male guests on the Montero tracklist. When Lil Nas X posited that perhaps they didn’t want to work with him, Kid Cudi responded, saying essentially that he was game.

Nigga ill work w u and frolic in rose gardens w u singin about my pain https://t.co/5AcrmORHkX

Let’s face it, Lil Nas X has really got this social media thing down and it’s probably a good bet that at least half of those bucket list collaborators end up on a track with him at some point.

Yesterday marked the publication of a new Adele profile in British Vogue. The feature notes that while Adele worked on the album with folks like Greg Kurstin, Max Martin, and Ludwig Göransson, there are no featured performers on the album. Adele said, “It’s not that I don’t want to. It’s not calculated. It’s just never been right for some reason.”

However, it looks like there will still be some notable non-Adele voices on the album. A separate Adele profile was also published in the US edition of Vogue yesterday, and in it, Adele notes that Tyler The Creator and Skepta will be making appearances on the album, but not as featured artists.

For the first time ever Vogue and @BritishVogue profile one cover star. @Adele is back—and this reemergence is different. https://t.co/5SvEldGN5U pic.twitter.com/b7GdOcAnqY

The piece describes listening to a new track, of which Adele says, “The next song is the one I wrote when I went to the studio the day after Angelo [Adele’s son] said, ‘I can’t see you.’” It goes on to note that the song incorporates voice notes from Tyler and Skepta. Adele explained, “I thought it might be a nice touch, seeing as everyone’s been at my door for the last ten years, as a fan, to be like, ‘Would you like to come in?’”

The Skepta appearance is noteworthy also because it was rumored around this time last year that he and Adele were dating. Shortly after those rumors surfaced, though, Adele seemingly addressed them by referring to herself as a “(single) cat lady.”

As for the style of the song, the feature describes it, “A certain combination of elements — sexy ’70s groove, heavy strings, heavier lyrics — immediately calls to mind Marvin Gaye.” It continues, “What’s Going On was a ‘very big reference’ on the album, turns out.” 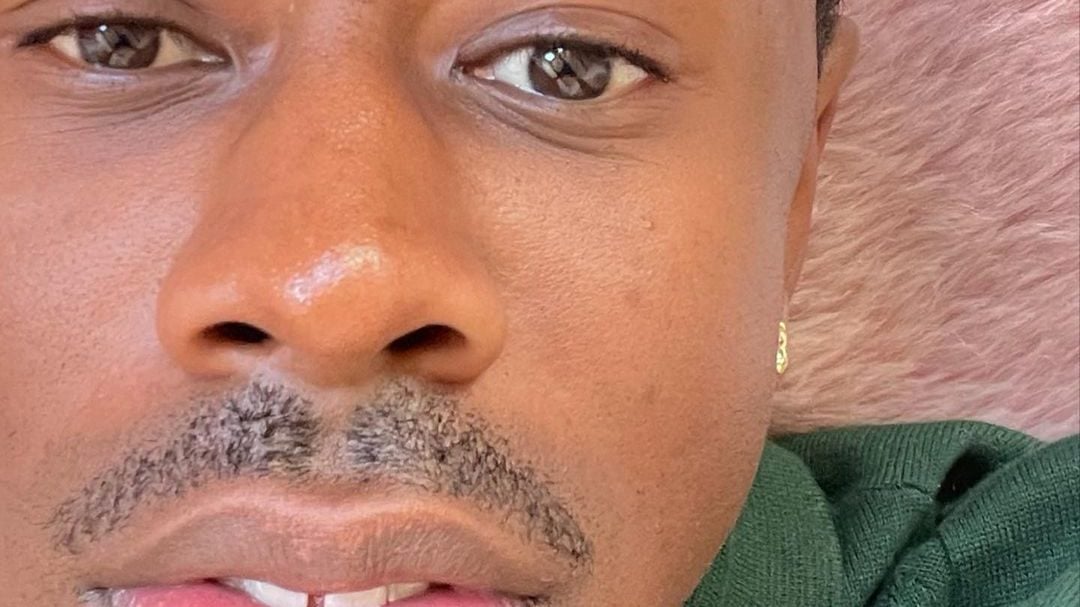 For Tyler The Creator, last night’s BET Awards win for Cultural Influencer of the Year was a moment to salute the people who helped him most.  In his speech, the honoree name-drops the ten people who influenced his career, and some of the names may surprise you. Tyler Thanks His Influencers After receiving the Cultural […] 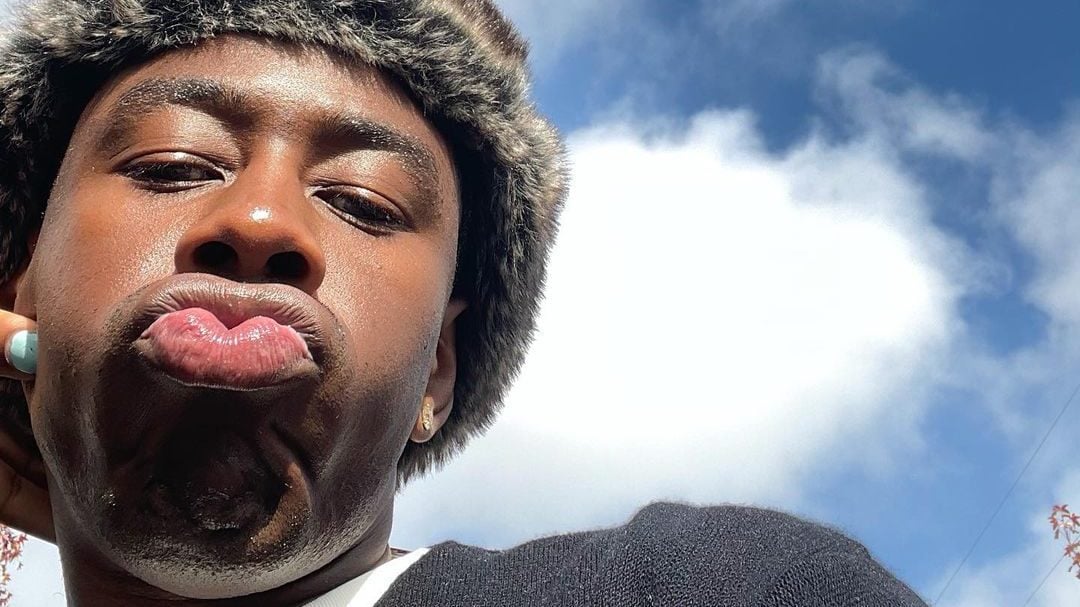 Tyler, The Creator is set to receive the Cultural Influence Award in partnership with the brand Rock the Bells at the 2021 BET Hip Hop Awards. Tyler The Creator Breaking Boundaries Hip hop icon and the founder of Rock the Bells — LL Cool J — will be presenting the award to Tyler on Tuesday, […]

At this year’s BET Hip-Hop Awards airing October 5 at 9 pm ET, LL Cool J will be presenting Tyler The Creator with a new award named after LL’s most impactful hit. The Rock The Bells Cultural Influence Award will recognize the growth and widespread effect Tyler has had over the past decade of rap music, representing a way for the older generation of hip-hop pioneers to recognize their successors — and maybe inform viewers on a little bit more hip-hop history.

Meanwhile, the awards themselves were actually filmed this week on Thursday, September 30, giving LL a chance to address the occasion via a statement from BET. “I am proud to honor Tyler, The Creator, with the first-ever Rock The Bells cultural influence award, which celebrates an artist who continues to break down the conventional boundaries of hip hop culture,” he said.

In addition, Tyler is nominated for four awards including, Hip Hop Album of the Year for his album Call Me If You Get Lost, Artist of the Year, Best Live Performer, and Producer of the Year. The honor follows Tyler’s mind-(and everything else)blowing performance of album single “Lumberjack” at the BET Awards earlier this year. Tyler said of the experience, “I was so hype to perform at the BET Awards. I don’t think people understand, dude. Having Durk and Lil Baby and Styles P just tell me how good the performance was meant a lot. I just never felt like my style of music would ever have been, not even appreciated, but allowed on there. And because of that, I would mock it. It was like a defense mechanism because I felt like I wasn’t accepted by that audience. But when they asked me this year, man, I was enthralled. I was so happy.”

Most of the world is geeking out over Kendrick Lamar’s return on “Family Ties,” including certified fanboy, Tyler, The Creator. Tyler, the Creator Explains Impact of Kendrick Verse In XXL’s fall 2021 cover story, Tyler talked about his new No. 1 album “Call Me If You Get Lost”, his early rap influences, and how he […]

Rappers often seem like they are in competition, probably because of the nature of their art form. They have to be brash, cocky, outspoken, and a lot of times, very self-focused, to the point it feels like they are all clamoring for a single spot at “the top” of the rap game. In reality, though, there is no real top or “number-one spot”; they can all collect the same trophies over time and many of them enjoy and respect each others’ crafts. Just watch Drake express his appreciation for J. Cole while refuting the North Carolinian’s self-deprecating third-place claim from “Heaven’s EP.”

In a similar way, Tyler The Creator — who has a legitimate claim on the rap album of the year thanks to Call Me If You Get Lost — praises Kendrick Lamar in his XXL cover story. He especially points to Kendrick’s verse on Baby Keem’s “Family Ties,” saying, “You know why it ruined me? Because it’s someone at that level still gunning. He’s trying new voices. He’s trying new shit. He’s still learning. You can tell he was off his phone for a few months.”

Watch Tyler The Creator’s photoshoot interview with XXL above and read the full cover story here.

Tyler, The Creator covers the fall issue of Continue reading…