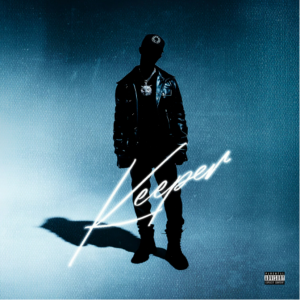 Toosii has returned with his new single and video for “Keeper.” The new release combines performance clips of Toosii with footage of couples as they work through stages of their relationships. Included in the couples is Toosii and Samarai, who are living out their real-life love.

You can see the video below.

Toosii has a knack for raw and honest ballads that pertain to love. Many of these records focus on his relationship with his longtime girlfriend Samaria Davis, whom he recently announced is pregnant with their first child. You can look to records like “What I’m On” and “Head Over Hills” to show how Toosii views at love and showcases it. After staying low on the music end for some time, Toosii returns with a new track and it sees him back in the pocket that he’s been so comfortable in.

“Keeper” stands as a tender release that Toosii uses to celebrate and praise a woman he plans on spending a lifetime with. The track arrives with a heartfelt visual that captures Toosii writing his thoughts down as the clips of various happy couples appear on the screen. Toosii and Samaria are rightfully amongst the various couples that appear in the video as the latter joins the rapper to show off her baby bump. At the end of the video, Toosii takes a moment to share why he views Samaria as a keeper and his answer goes back to their earlier days as a couple.

The track arrives after Toosii dropped his fifth project Thank You For Believing and its deluxe reissue last year.

You can watch the video for “Keeper” above.

Toosii has been very active this year. The New York rapper dropped his mixtape Thank You For Believing just seven months after releasing his debut album, Poetic Pain. Less than two months later, he unleashed its deluxe reissue, with ten additional songs and guest appearances from Fivio Foreign and Hotboii. Now he returns with a new video for the track “What I’m On.”

The video captures Toosii lost in thought in what appears to be a hotel room. Throughout, he showcases his unwavering commitment to his longtime partner and begs that she never second-guess his love for him. Toosii’s faithful companion finally makes an appearance towards the end.

The track is the latest off Thank You For Believing to get the video treatment, others being “5’5,” “Spin Music,” “Red Die,” “What It Cost,” and “Shop.” Elsewhere this year, Toosii has been featured in XXL’s Freshman class, alongside names like Flo Milli, Coi Leray, Rubi Rose, DDG, Lakeyah, Morray, and more. He later delivered a cypher with fellow classmate Blxst as part of the publication’s rollout for the new Freshman class.

You can watch the video for “What I’m On” above.

Thank You For Believing (The Manifestation) is out now via South Coast Music Group/Capital Records. Get it here.

Atlanta crunk rap group Crime Mob may be best known for their 2004 hit “Knuck If You Buck,” but in 2006, the five-person band also released “Rock Yo Hips,” which actually charted higher, coming in No. 30 on the Hot 100 (“Knuck” peaked at No. 76). While “Knuck If You Buck” received new life thanks to the 2016 viral hit “Juju On That Beat,” which sampled Crime Mob’s debut single, “Rock Yo Hips” never quite achieved the same level of cultural ubiquity and longevity.

Which is why it’s the perfect video to show our panel of 20-something rising rappers on React Like You Know, including BRS Kash, Hook, Snow Tha Product, Toosii, Yella Beezy, and more. The video pays homage to historically Black colleges and universities (HBCUs), featuring fraternities like Alpha Phi Alpha and Omega Psi Phi, as well as marching bands performing as Crime Mob rappers Diamond and Princess demonstrate the pre-TikTok dance step that goes with the song. Naturally, all this is pretty mind-blowing for our panel, who can’t help reminiscing about the song’s impact when they were still in — gulp — grade school. Meanwhile, Diamond’s verse prompts a debate on the best flavors of bubblegum and the video itself encourages some healthy praise of HBCUs and some fond recollections of the tall tee era.

Watch our panel of guest rappers react to Crime Mob’s “Rock Yo Hips” video above.

After dropping two career-boosting projects for fans in 2020 thanks to Poetic Pain and Platinum Hearts, Toosii returned to 2021 with plenty of music for fans. He got the ball rolling on the year with his latest full-length release, Thank You For Believing. Across the project’s 13 tracks came an early highlight in “5’5” with Latto. The track is seemingly inspired by a line from Lloyd’s hit song, “You,” which has confused fans for years as some believed the singer says “5’2” while others insist he says “fine too.” The inspiration comes alive as Toosii raps, “5’5” and she too fine” on the song. More than three months after the track’s arrival, Toosii returns with a video for it.

The New York rapper finds himself at what appears to be a 2000s-themed party as oversized t-shirts, baggy clothes, velour clothing, and more take up most of the screen time for the visual. However, through it all, Toosii grabs the attention of a certain woman at the party and successfully shoots his shot with her as he exits the party with her number. Elsewhere, he and Latto also perform the TikTok dance that’s accompanied the song for the past few months.

Press play on the nostalgic video for “5’5” in the video above.

Thank You For Believing (The Manifestation) is out now via South Coast Music Group. Get it here.