One of the few good things to come out of the 2020 pandemic forcing a near-shutdown of the entertainment industry was NPR’s Tiny Desk Concerts series moving to its “At Home” format, which opened up the concept and allowed more artists who wouldn’t have normally been able to perform due to travel and other commitments to turn in some of the best shows in the series’ history. For instance, Vince Staples and Young Thug both recently put in performances that highlighted new and upcoming releases with utterly magnetic charisma and arrangements.

Migos, the Atlanta-based trio who built their brand with exuberant performances over the past five years, is the latest example, appearing on the latest Tiny Desk Concert from what looks like one of the guys’ living rooms. Playing a three-song set from their new album Culture III including “Avalanche,” “Straightenin,” and “Happy Birthday,” Migos assert their claim for “greatest band in the world,” starting out on the couch and eventually filling the room with palpable, infectious energy.

In addition to a spate of videos for songs like “Roadrunner” and “Why Not,” Migos also have a three-day Las Vegas weekender planned for October to promote the album. Atlanta rap superstar Migos are going far, far, far away from the Peach State this fall. The hip-hop heavyweight have announced a Las Vegas takeover to celebrate the release of their hard-hitting Culture III studio album. Migos Are Leaving Atlanta For Sin City The rap trio’s social media pages dropped a promotional video detailing an […]

Migos members Quavo, Offset and Takeoff seem hesitant to outright call themselves the best thing hip-hop has to offer, but they wouldn’t mind if everyone else gave them the label. In a cover feature for NME magazine, the Atlanta trio talk about their place in the rap game. ‘Culture III’ Could Bring Migos To The […]

The post Migos Want Respect On Their Name: ‘We Influenced Everything Going On Right Now’ appeared first on SOHH.com. With Migos‘ new album Culture III dropping in less than 12 hours, the trio’s most visible members, Quavo and Offset, have been busy doing press all week to drum up buzz for the long-awaited, twice-delayed release. While Offset went the print route, giving some choice quotes to Billboard on Monday, Quavo decided to take on the Hot Ones challenge today… and paid the price, ultimately tapping out after the eighth week, topped with the infamous Da Bomb sauce (“It’s got a nuclear weapon?” has to be a top ten response to the sauce’s label).

Before he threw in the towel, though, he gave some pretty insightful answers to questions about how his collaborators set the vibe in the studio, a photo on Instagram featuring Quavo hanging out with Elon Musk, Kanye West, and Travis Scott, Quavo’s upcoming feature film debut alongside Robert DeNiro, and the early days of Migos before they were a trio. When host Sean Evans brings up the song “Boost It Up” and the group’s high school origins, Quavo details how Takeoff earned his name (by getting all of his verses recorded in one take), why fellow students teased them about their early music, and how Offset was eventually added to the crew to form the trio as we know it.

Watch Quavo’s Hot Ones interview above.

Culture III is out 6/11 on Quality Control, Capitol, and Motown Records.

Offset, Quavo, and Takeoff of Migos have always shared a deeper connection than most rap groups (thanks to shared familial bonds), but on the cover of their upcoming album, Culture III, the three rappers’ connection is made more literal. Featuring a trio of overlapping portraits along with their signature doves flying through the background (maybe they’re really big John Woo fans), the cover for the third installment of their signature album series splits the difference between the first two, borrowing the collage-style art from the first and the portrait aesthetic from the second.

The album is the group’s first as a trio in over three years after they took most of 2018 off to release their respective solo records. Quavo released his Quavo Huncho first, then Takeoff followed up with The Last Rocket, and lastly, Offset dropped the more personal Father Of 4 after a delay owing to his ongoing marital issues with Cardi B.

The group initially planned to release Culture III in 2020, but of course, due to the global pandemic, were forced to shelve those plans — although, the delay turned out to be a mixed blessing as it gave the boys more time to record fresh material in sessions that allowed them to share the studio, according to Offset. The group revealed the new release date with a Michael Jordan reference; Culture III is due this Friday, June 11, and Migos will headline a three-day festival to promote the album later this year.

Check out the cover art above.

A few days ago, Migos shared a video for a new song, “Straightenin,” which stirred up optimism that the trio is finally ready to release their highly anticipated album Culture III. The track didn’t come with confirmation of a release date, but now, a few days later, they’ve offered one: Culture III is officially scheduled for release on June 11.

The post making the announcement is formatted like a press release and reads, “ATLANTA, GA (May 17, 2021) — The following statement was released today by the Migos through their label Quality Control Music, located in Atlanta, GA, in response to questions about Culture III. ‘June 11th. We’re Back.’”

Sports fans probably noticed immediately that the post was made to resemble the 1995 press release sent by Michael Jordan’s team to announce his return to the NBA after a brief retirement (that, or, less likely, the resemblance is an unbelievable coincidence). Jordan’s message, sent via fax, reads much like Migos’ post and famously quotes Jordan as saying simply, “I’m back.”

Back in December 2020, Quavo explained the group’s mindset behind the new album and being able to promote it, saying, “We done with the album, we just waiting on 2021, man, so everything can crack up. We want the commotion, we want to move, we want to be outside. We want to drop it and go on tour. We want to have an album listening [party] and have people in that thang and really hearing the album.”

Culture III is out 6/11 via Quality Control Music. 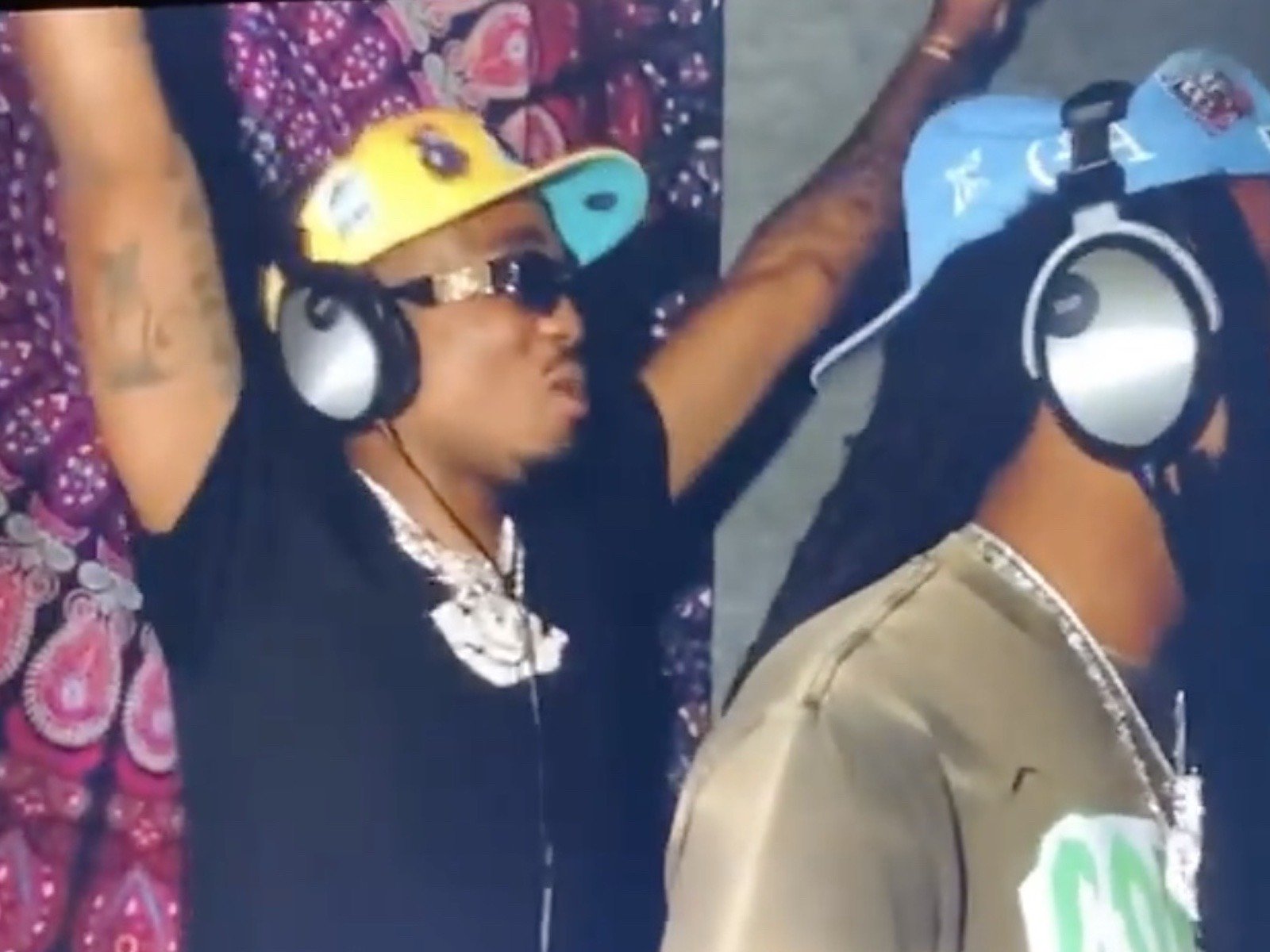