It goes without saying that cops are highly distrusted by many communities, namely the Black community, due in part to their wrongful arrests and murders over the last near-decade. While hope for change in this regard is all but lost, people also fear speaking up and potentially becoming the next person we mourn. Thankfully, Styles P is not one of those people. Yesterday, a video of The LOX member spewing profanities at cops aggressively handling a woman outside of his juice bar, Juices For Life, surfaced on TikTok.

Styles can be heard calling one of the cops a “whole b****,” encouraging the woman to loosen up for fear of injury, and calling another cop “a f****** hoe.” As one of the officers approached the rapper, he assured the cop he would back up and not to touch him. “You slammed a girl! For no reason,” he stated and even pointed out that one of the cops was reaching for his gun as they attempted to arrest the woman. Thankfully the situation did not escalate into anything more.

He even broadened the issue to the system at large, saying he doesn’t want to see the cops lose their job. Styles P is just one of many to acknowledge the flawed justice system, and while his influence may not be enough to make change any time soon, he at least stood his ground outside of his beloved establishment.

Watch the video of the arrest and Styles P’s subsequent Instagram statement above.

L.O.X.’s Styles P has rapped and stood for social justice long before his healthy living ventures and that was shown yesterday in front of Styles’ juice bar in Yonkers when the rapper confronted Yonkers Police officers who were being overly aggressive with a woman they were attempting to detain.

The teen girl can be heard screaming for help in the video in front of Juices For Life In Yonkers while several officers were attempting to place her in handcuffs. A female bystander recorded the incident to ensure police didn’t overstep their authority. Not long after, Styles can be heard in the video calling the cop on top of the teen a “bitch” before the officer attempted to confront the D-Block veteran, but with no laws broken, the officer was forced to listen to the legendary rapper’s anti-police brutality tirade.

In typical gentleman fashion, Styles took to social media later last night to apologize for not controlling his temper during the confrontation, however, he did contend that somebody has to stand up against an obvious problem that continues to haunt urban communities.

The post [WATCH] Styles P Comes To Aid Of Girl Being Assaulted By Police In Front His Juice Bar appeared first on The Source. 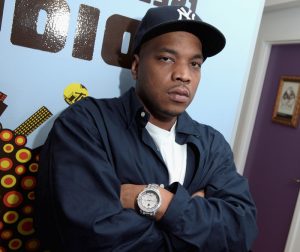 The 20th anniversary of Styles P’s hit “Good Times” from his album A Gangster and a Gentleman is commemorated with a special event. Good Times 2.0 will deliver a natural and physical high from the recollections of the accomplishments of that song on August 18th at Irving Plaza in New York City. Numerous performances, DJs, strain releases, an NFT release, and other events will be part of the celebration.

Styles’ other members of The LOX, Jadakiss and Sheek Louch, will also perform. Along with the trio, Smoke DZA, Nems, a rapper, and Sidetalk NYC star, and Havoc of Mobb Deep will shake the Irving Plaza stage. The Heavy Hitters Pretty Lou and DJ DP One, as well as Statik Selektah from Roc Nation, are the event’s 1s and 2s.

The show will take place on August 18th, 2022, at Irving Plaza, and doors open at 7 pm. Tickets are available at Live Nation.

The post Styles P to Celebrate the 20th Anniversary of “Good Times” Single at Irving Plaza appeared first on The Source.