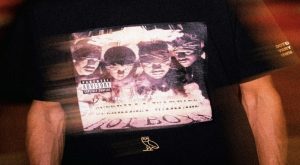 It is no secret that Drake and OVO honors the influential figures that have paved the way in Hip-Hop. As a Young Money/Cash Money offspring, The October’s Very Own (OVO) honcho is well aware of the lineage he comes from.

In the latest effort of homage, Drake’s OVO Brand recently announce their new “Hot Boys” Capsule collection to commemorate the legendary rap group of Lil Wayne, Juvenile, Turk and B.G. The collection use to include T-shirts, hoodies, bandanas and more.

The announcement was made on the OVO instagram page. The post previewed the pieces that will be featured in the collection.

The Hot Boys notably launched the careers of both Lil Wayne and Juvenile, but enjoyed success as a group as well with a there release of three albums including their platinum selling release, Guerrilla Warfare. Some of their most notable singles include, “I Need A Hot Girl,” “We On Fire,” and “Too Hot.”