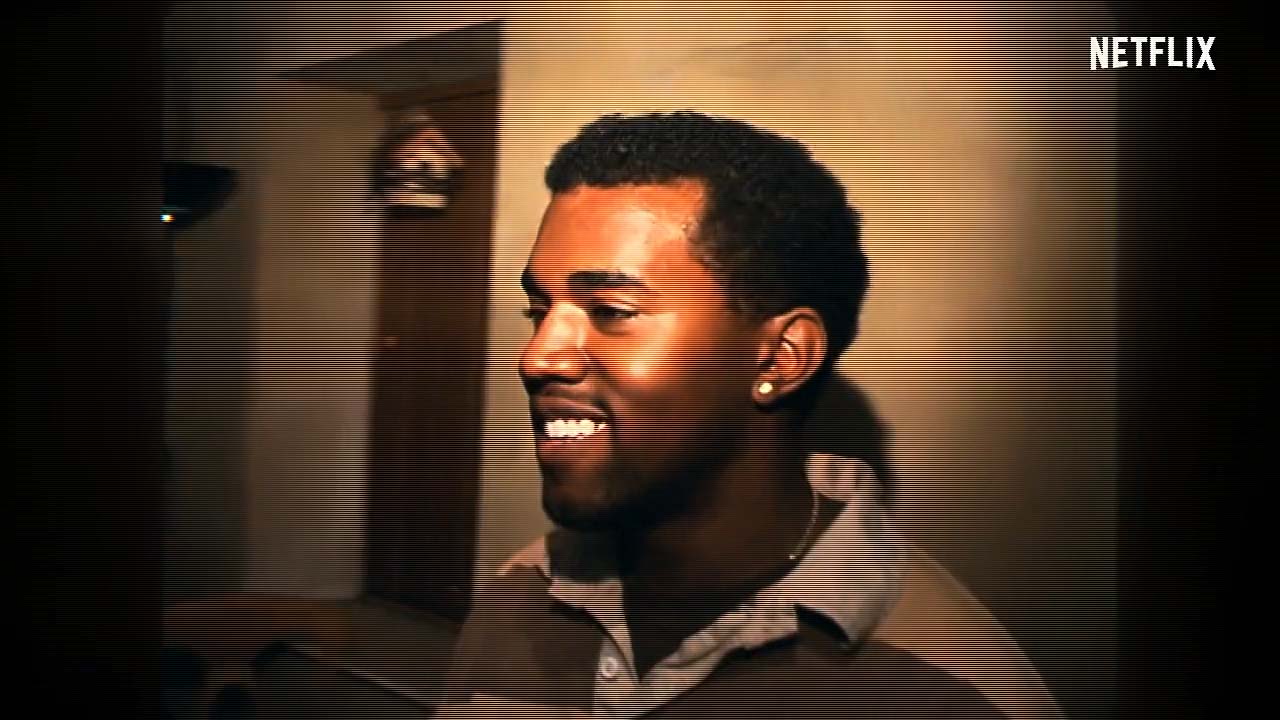 It looks like Ye is linking up with Jay Electronica to either make a new hit for Donda 2 or add him to his latest hit “Eazy” featuring The Game. Electronica posted a conversation between him & Ye about hooking up to work.   Kanye hit Jay up via text to get the NOLA collaborator on […]

Russ rarely takes a break when it comes to releasing music, and after a streak of dropping singles that began over the summer, he’s prepared to end the year on a high note with a brand new album. Russ will drop Chomp 2 on Wednesday, December 8, and hours before he releases it, he shared the tracklist and features. The full-length effort will see contributions from Jadakiss, Snoop Dogg, Jay Electronica, The Game, Big Sean, Wale, Joey Badass, Styles P, Westside Gunn, Lloyd Banks, Ghostface Killah, Papoose, Big K.R.I.T., Ranson, DJ Premier, Hit-Boy, Mozzy, CyHi The Prynce, and more.

The album comes a year after he released its predecessor. The first Chomp is much shorter, clocking in at six songs and with features from Ab-Soul, Black Thought, Busta Rhymes, Kxng Crooked, Benny The Butcher, and DJ Premier.

Chomp 2 will join a strong cast of singles Russ has released in 2021. They include “On The Way,” “Satisfy,” “Lucky,” “Private,” and “Status.” He’s also worked with Lil Baby and Blxst in addition to teasing a potential joint album with Kehlani.

You can view the tracklist for Chomp 2 in the post above.

Donda is clearly a true labor of love. Continue reading…

A number of rappers have stepped into the marijuana industry, among them Jay-Z, G-Eazy, Ice Cube, and Russ, at a time when recreational weed use has become increasingly legal across the nation. It’s not just about making it easier for people to get high. There’s been a push to alter past penalties given to those were placed in prison when it was still widely illegal. And ot raise awareness for this idea, some in Michigan have decided to start a new music festival.

Former NBA player Al Harrington’s Village, who is responsible the largest conglomerate of black-owned cannabis brands in the United States, is starting Nobody’s Home, a hip-hop festival on September 4 to bring awareness to marijuana laws. Rick Ross and G Herbo will headline, with Freddie Gibbs, Jay Electronica, Chase B, Babyface Ray, G.T., and more set to appear. The festival will take place in Benton Harbor, Michigan with performances running from 2 p.m. to 10 p.m. at Dwight Mitchell City Center Park.

According to HipHopDX, Kanye West’s longtime manager John Monopoly is responsible for curating the festival while another former NBA player, Wilson Chandler, leads the cannabis brand, Nobody’s Home, that flagships the event.

The Nobody’s Home festival is free to attend for anyone over the age of 21 years old. RSVPs for the event can be made on their website here.

A year and a half ago, IDK seemingly shot out of a cannon and landed on a new rap tier thanks to the release of his 2019 major-label debut, Is He Real?. The project was quickly met with acclaim and left both new and old fans excited for what the DMV native would next have in store for fans. Nineteen months later, IDK returns with his sophomore album, an effort that answers the question posed in the title of his debut album. USee4Yourself checks in at 17 songs including one that finds the rapper standing beside a trio of respected lyricists.

Press play on the video above to hear “Red.”

USee4Yourself is out 7/9 via Clue No Clue/Warner Records. Pre-order it here.

From the fraught first year that the Grammys acknowledged hip-hop, it was clear that the then-emerging genre and the old-Hollywood music business establishment that puts the show on each year would never see eye-to-eye. Hip-hop is a youth movement; the average age of the Recording Academy was well into middle age until very, very (seriously, like 2018) recently. Hip-hop comes from the experiences of mainly underserved Black, Latin, and Asian creators; the Grammys — again, until recently — have always been very, very white.

And while the Grammys have made a concerted effort to address its shortcomings regarding its treatment of rap and hip-hop, the genre itself has undergone massive changes since The Fresh Prince first led a hip-hop boycott of the 1989 ceremony to protest the Grammys not televising the new Best Rap Performance award. For one thing, The Fresh Prince is now better known for his extensive filmography and the extreme dad energy of his Instagram and TikTok posts than he is for his mic skills.

Meanwhile, the very attributes a rap performer must display to be taken seriously have changed from night to day. Rather than reeling off rapid-fire punchlines about how “Fresh” you are, you’re more likely to switch breezily from chattering double-time cadences to cool crooning. The synthesizers and programmed drums of the early years have given way to cavernous 808s thundering away over warped samples from classical music and drumless soul loops spinning away behind intricate, ultra-violent drug tales.

So, it’d be difficult for the Grammys to “get it right” even under the best circumstances. Yet somehow, incredibly, that’s exactly what the show managed to do this year — even if no one will ever be truly satisfied with the results. The field, which included projects from California newcomer D Smoke, Midwestern coke rap kingpin Freddie Gibbs, New Orleans mystic Jay Electronica, New York veteran Nas, and Motor City rhyme mechanic Royce Da 5’9, represented one of the most balanced group’s in recent memory, pulling from multiple regions, generations, and sounds, with one thing in common: A commitment to the original tenets of “dope rhymes over dope beats.”

And while any rap fan could find plenty to complain about — once again, there was a dearth of women nominated, despite the sharp uptick in overall representation over the past several years, and no artist nominated was under 30 — there’s going to be a breaking point between having legitimate concerns and just plain moving the goalposts. In prior years, the complaint went, “The Grammys are too commercial,” only selecting projects from artists with sales numbers and widespread press, letting the importance streams overtake the value of artistic vision.

While this is a position that’s already hard enough to defend, considering the subjective nature of artistic vision in the first place, the fact remains that the Academy took long strides in addressing those concerns this year. Acknowledging longtime underground favorites like Freddie and Royce, paramount musicianship from D Smoke, and the bulletproof legacy of someone like Nas, the Grammys sent a clear message: That they heard those prior years’ complaints and took them seriously.

So, of course, it’s only natural that rap fans find something else to take issue with — namely, Nas’ win over Freddie. While both albums were collaborative efforts between two of rap’s top technicians and a pair of well-established producers in Alchemist and Hit-Boy, the fact remains that Nas is the more recognizable artist between the two among Grammy voters. He’s been a perennial contender for Best Rap Album, and while playing “what if” is always dicey, it’s almost certain that a win for Freddie over Nas would have drawn just as many vocal protests after the Queensbridge icon was once again “snubbed,” adding to his double-digit list of losses.

The fact someone like Freddie Gibbs could even receive a nod is a victory in itself — especially when you consider how many other artists were considered snubs this year. Lil Baby had one of the most-streamed albums of 2020, a No. 1 single in “The Bigger Picture,” and many rap fans’ hopes riding on him to legitimize the trap rap movement in the mainstream purview. Despite multiple female artists releasing worthy projects in 2020 or late 2019, none were nominated. No year’s field could ever be perfect, but the Gibbs nomination proves the Grammys are trying.

It also shows that maybe just adding more Black, female, or “young” voters isn’t quite enough. There’s no guarantee that these measures will ensure significant variance between voters’ tastes — after all, Grammy voters also tend to run more “intellectual” and “refined,” which helps explain why rough-edged rappers like Lil Baby might fly under their radars. That said, the show’s producers picked up the slack elsewhere; newcomers like DaBaby, Lil Baby, Megan Thee Stallion, and Roddy Ricch not only appeared on the show — one of the biggest platforms to help them launch their future bids for mainstream recognition — but Megan also won for other categories, while Chika and Doja Cat were mentioned among the Best New Artists of 2021.

Those moments count too. After all, Nas’ win was as much a result of his stature among Academy voters as it was a consolation for all the other golden gramophones he never got to display on his mantel. Cardi B pointed out as much before the show; just giving these under-the-radar artists the look helps them further their careers, which is the real goal. The Grammys aren’t the be-all, end-all. Like Nipsey Hussle — another Best Rap Album “snub” who won a different award posthumously the next year — said, “It’s a marathon, not a sprint.”

Perhaps that’s the view rap fans should take with the Grammys’ halting progress toward a more perfect relationship with hip-hop. While rap is too broad and diverse a genre to ever be able to honor every artist in every nook and cranny of rap’s various versions, there’s nothing wrong with giving them credit where it’s due, even as we ask them to consider angles they haven’t yet. That’s what they’re trying to do — heck, it’s what we should all aspire to do — and when even getting “snubbed” helps artists so much, that’s an effort that should be appreciated.