Skip to content
The “Rainy Day” duo reconnect for a bass-heavy bounce.

Since famously debuting on Kendrick Lamar’s single “Love” from 2017’s monumental DAMN. Singer Zacari has been soaring as TDE’s R&B vocalist ace in the hole. He recently appeared with Blxst on the bouncy cut “Sometimes” from Blxst’s latest Before You Go project and last week, dropped the new track “Bliss,” featuring fellow TDE artist, Isaiah Rashad.

The track is a vibed-out parade around the sun for the pair, that marks Zacari’s first original cut since last year’s Sol EP. Fast cars, women, and a dimly-lit desert sunset sky all factor in as motifs in the video directed by Dylan Corral and Connor Grassoas, as Zacari and Rashad assert how they’re untouchable. “If it’s a problem, I’m talkin’ to God, howl at the moon, I’m a Top Dawg. Howl at the Sun and I saw a seven, seven, seven, big steppin’ on the stairway to Heaven,” Zacari sings as slick wheels run donuts around the pair.

The high-profile collab, could perhaps indicate that there’s a new project on deck for the Bakersfield native. Meanwhile, Rashad recently appeared in a viral interview on The Joe Budden Podcast, to talk about his sex tape leak, and he’s also penciled in at the top of the Afropunk Festival lineup, along with Burna Boy and The Roots in Brooklyn later this year.

Top Dawg Entertainment artists Zacari and Isaiah Rashad team up to list a few of their favorite things on “Bliss,” a punchy new single that could signal an upcoming project from the California label’s resident R&B singer. Although Zacari is known more for his slick vocals than the sort of heady raps his labelmates are known for, he delivers his lines with a staccato cadence that fits perfectly alongside Rashad’s more traditional flow.

Zacari isn’t the loudest or flashiest member of the crew, but he’s been more visible of late thanks to a recent collab with another rap-influenced West Coast singer, Blxst. The two rhythmic crooners connected for the smooth single “Sometimes” from Blxst’s new album, Before You Go, earlier this year and while Blxst isn’t exactly a superstar either, the track definitely resulted in added exposure for the normally low-key TDE member.

Meanwhile, Isaiah Rashad has gotten a lot of attention this year, but not for his music. Although he’s less than a year removed from his well-received sophomore album, The House Is Burning, Zay’s drawn the most publicity from the leak of a sex tape which also unfortunately outed him at the same time. However, in an interview with Joe Budden, he seems to have taken things in stride and turned the experience into a teachable moment for the hip-hop audience — and his bemused host.

Listen to “Bliss” above. 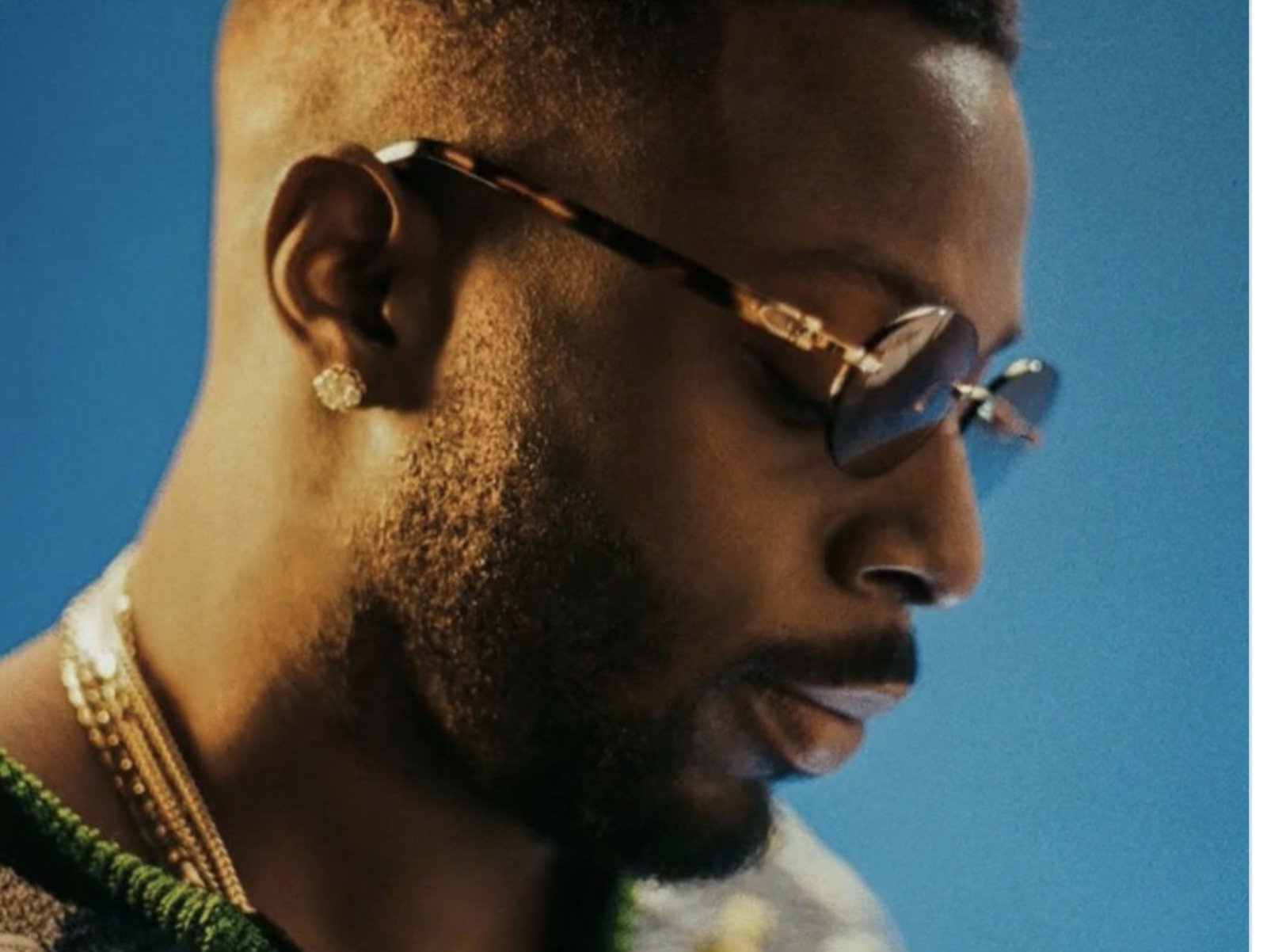 The post Isaiah Rashad Is Hometown Hero As The City Of Chattanooga Declares June 17 As Isaiah Rashad Day appeared first on SOHH.com.

This summer, Afropunk Festival will return to Brooklyn for the first time this year since 2019. Celebrating the diverse sound and style of the Black music community, this year’s Afropunk lineup boasts several of the best acts in music across all genres.

This year’s Afropunk festival marks Burna Boy’s first headlining set at a US festival and his first show in New York City since his sold-out Madison Square Garden concert this past April. He is expected to perform music from his upcoming album, Love, Damini.

For The Roots’ performance, the band will celebrate 30 years as a music group and will perform hits from their decade-spanning catalog.

Check out the full line-up below.

Some of the artists covered here are Warner Music artists. Uproxx is an independent subsidiary of Warner Music group. 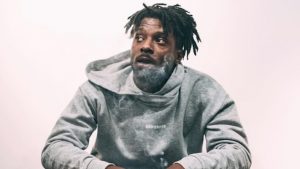 Gay pride month is just days away, but it seems like despite the progress of the LGBTQ movement, many are not quite ready to embrace male homosexuality within the hip-hop community. However, artist Isaiah Rashad appears to be on a mission to change that, addressing his sexuality with following a leak of a sex tape in which he engages in sex acts with other males.

The video began making its rounds on the internet and social media back in February, but Rashad had not directly publicly addressed the questions surrounding his sexual preferences.

Budden interviewed Rashad on Joe Budden TV. During the lengthy interview, Rashad explained that he had spent the last several years exploring not just his sexual preference, but his identity as a whole, describing it as a growing experience of sorts.

When asked directly about his sexual orientation by Budden, Rashad responded with the following: “I’d say I’m sexually fluid, I’m still learning about it myself. I’m putting my head in the books to find out the basics of it, but basically … I’m more attracted to a personality. I’m more attracted, sometimes, to the intellect.”

The interview comes after Budden and others had discussed Rashad’s sexuality without consulting with him first. At Coachella, Rashad even featured a video montage of clips of Budden and others including The Game, Akademiks, and others discussing the video from an uninformed perspective. However, the video at the festival cut from the footage to a narrator’s voice that said “The purpose of doing that was to embarrass him [Rashad]. However, it backfired. When his video leaked, his streams and everything went up. He’s up on the charts now.”

The post Isaiah Rashad Speaks to Joe Budden about his sexuality following sex tape leak appeared first on The Source.

While hip-hop has seen the emergence of more and more queer-identifying artists, most of them were able to come out to fans on their own terms. Unfortunately for TDE rapper Isaiah Rashad, that choice was taken out of his hands when hackers leaked a sex tape featuring Isaiah and another man on the internet. It’s a testament to how far the culture has come that fans supported him with encouraging messages instead of vilifying him, but aside from thanking his supporters during his Coachella set, Isaiah had yet to address the leak.

That changed with the release of the latest episode of the Joe Budden podcast, in which Joe directly asks Isaiah about his sexual orientation. “I’d say I’m sexually fluid,” he replies. “I’m still learning about it myself. I’m putting my head in the books to find out the basics of it.” He elaborates that he’s attracted more to personalities and intellect, but he is in a supportive monogamous relationship (something Joe Budden has trouble wrapping his head around). Isaiah says that he only recently began to discover this about himself. However, he expresses relief that he doesn’t have to explain “this internet stuff” to his kids. “My kids are six and eight,” he says. “We do Roblox.”

Isaiah Rashad says that he identifies as being sexually fluid

In his first interview since the sextape tape leak, he opens up about everything pic.twitter.com/YyOrq4Bt3Y

Isaiah Rashad is breaking his silence.

The TDE rapper sits down with Joe Budden for his first interview since the February leak of a video that appeared to show him sexually involved with other men. Before the full interview is released later this week, Budden has shared a teaser.

“When all of the chaos broke and I saw the news and the headlines, my first thing as a journalist was, I’m gonna watch that interview when it happens,” Budden says. “I wonder who the hell’s gonna have to go with that.”

Rashad awkwardly laughs before Joe says, “And it’s me.”

He then goes on to question him about his sexuality. “For the people who didn’t know, how do you identify today?”

Rashad appears to stumble for words before the clip ends.

Rashad previously addressed the headlines during his performance at Coachella last month. He opened his emotional set with a video montage featuring soundbites from interviews with Budden, Boosie Badazz, and The Game, all weighing in on the sex tape.

Before leaving the stage, he thanked his supporters. “I see all the messages and all that sh*t, all the positivity,” he said. “Y’all ni**as done kept me alive these last couple months.”

Get a sneak peek before the full interview is released on Thursday.