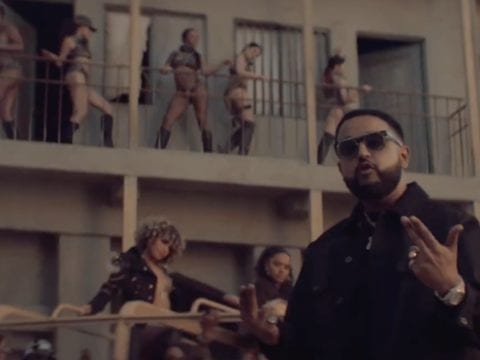 Toronto rapper NAV has no problem speaking straight facts. The hip-hop superstar went online this week to dish out some major truth to his fans and haters alike.

The hip-hop heavyweight went to his Twitter page to speak up. NAV admitted he gives his own power moves priority over what others think.

Earlier this week, NAV went the cinematic route with a trailer to break big news. The video teaser revealed his new Good Intentions album title and its May 8 release date.

Clocking in at exactly one minute, the trailer for Good Intentions is made up of a series of small clips of NAV working late nights in the studio. Backed by a lush arrangement of nocturnal piano notes, the trailer features voiceovers by NAV, explaining how he’s been able to meet all his goals in the last year with his previous album, including reaching number one on the charts. The trailer also shows brief moments where other artists are with him in the studio, like the late Pop Smoke, who is expected to be a feature on the LP — other features include Travis Scott, Young Thug and Gunna. Good Intentionsis slated to land on May 8, packing a total of 17 tracks. (HYPEBEAST)

A few nights ago, NAV went to his Instagram page to unexpectedly apologize to producers Don Cannon and DJ Drama. He publicly extended his hand to both musicians about overreacting last year.

Last year, NAV publicly called out both Cannon and Drama. He pointed the finger at them for not clearing a verse by their protégé Lil Uzi Vert for his album.

“I had an open verse for the longest, and Uzi blessed us with one,” NAV said about a song titled “Habits” before sharing why it didn’t make the cut. “Unfortunately, DJ Drama and Don Cannon won’t clear his verse legally. I used to be a big fan of them since Gangsta Grillz mixtapes and thought they support new artists. I guess it’s all about the $$$$ for them now!” (The FADER)

The post NAV Reveals One Key Reason He’s Not Still Living With Him Mom In 2020 appeared first on .